The removal of excess sediment from Easter Lake is a key component of the lake restoration plan. Since its creation in 1967, Easter Lake has lost 30% of its lake volume due to sedimentation. Excess sediment has accumulated in the lake bed overtime decreasing the lake’s volume, increasing phosphorus, and overall decreasing water quality.

The first phase of sediment removal within the lake began in 2016 with hydraulic dredging which removed 307,178 cubic yards of sediment. Since then, additional work has been completed through mechanical dredging processes and other projects. Read more below to learn about the exciting progress we have made thus 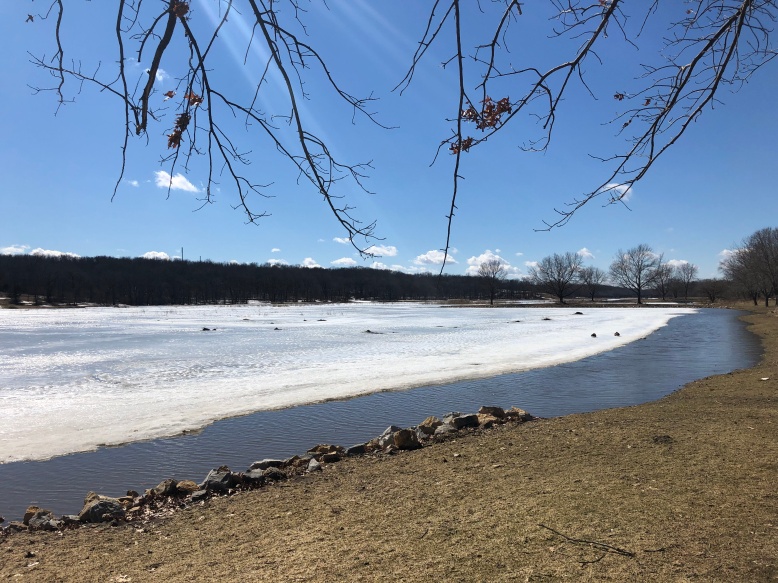 After completion of the pedestrian bridge, a silt dike was construction directly below the bridge.

Fish spawning bed and catfish hides by the boat ramp 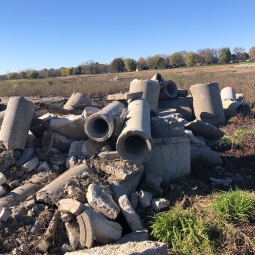 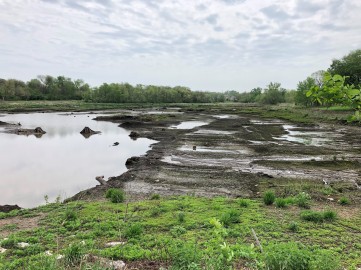 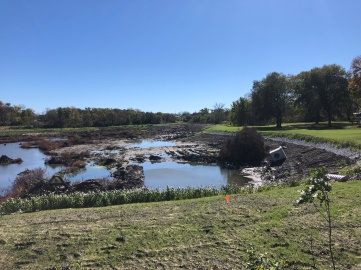 After – South of Easter Lake Drive. 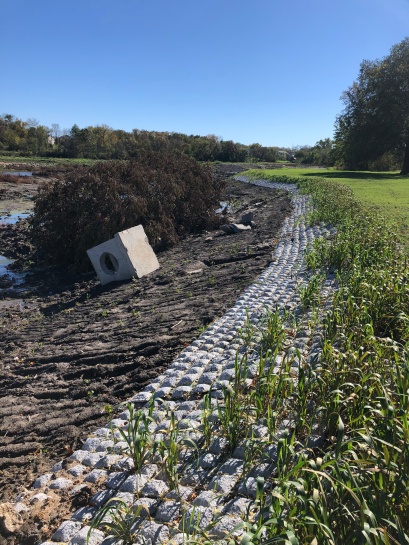 Shoreline stabilization with Flexamat near shelter 5 south of Easter Lake Dr. Cedar trees and concrete structures have been placed for fish habitat. 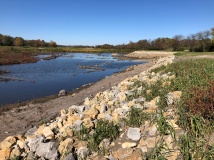 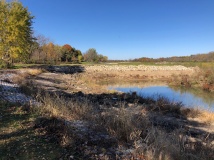 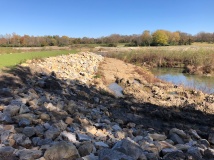 Sedimentation drasitically filled in this section of the lake leaving little to no slope close to the shoreline. West arm Easter Lake near shelter 4.

Yeader Creek flows through Easter Lake, summer 2017 during a lake clean up event. This area is now where the pedestrian bridge is located.

June 2017 looking west to where Yeader Creek enters Easter Lake. This picture was taken just to the east of where the pedestrian bridge is now located. 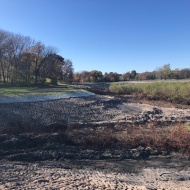 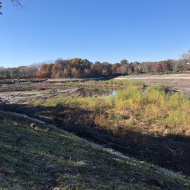 January 2018 – Start of mechanical dredging, west arm of the lake. The pedestrian bridge is now located just to the right of the machinery pictured here in January. 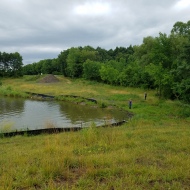 Prior to lake restoration work.

May 2018 at start of construction. 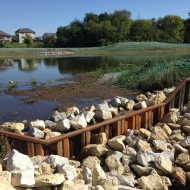 September 2017 – wetland is constructed and seeded.

Material for the wetland was taken from the lake bed. This section was dug out to ground level. In summer 2018, clear, clean groundwater was found. 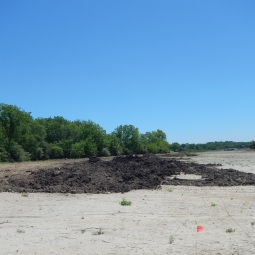 Start of construction, trucks start pulling sediment from the lake. 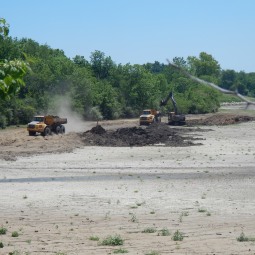 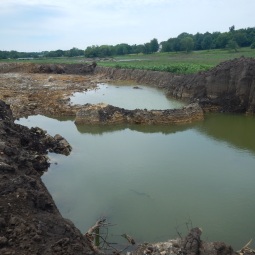 Trucks removed 2-8 feet deep of sediment in this location.

As can be seen here, a deep pool in the lake bed has been formed from sediment removal.

Near shelter 4, the bay was nearly completely silted in.

Looking out towards the bay as shelter 4 after lake draw down.

Silt completely filled in the bay, removing any idea of fishing opportunity off the deck at shelter 4.

After sediment removal there is immediate depth off the deck for better fishing opportunities.

Half way through sediment removal. 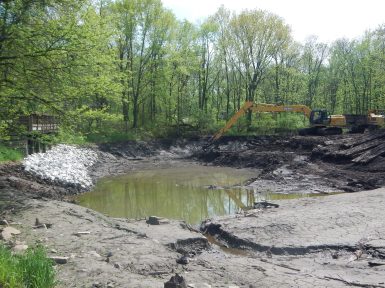 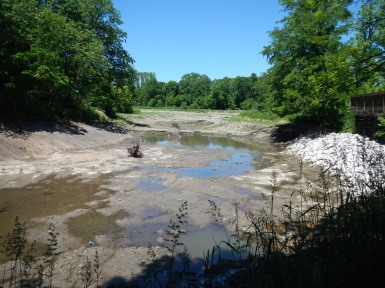 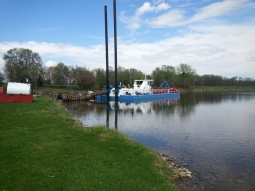 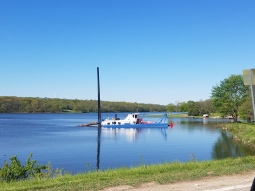 Preparing for the dredge to moved onto Easter Lake, April 2016 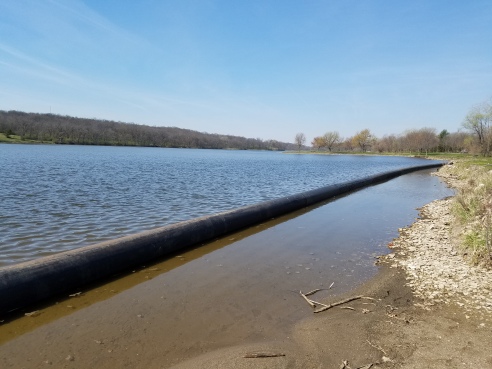 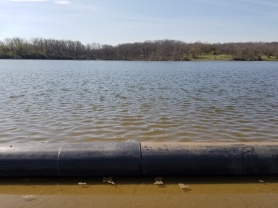 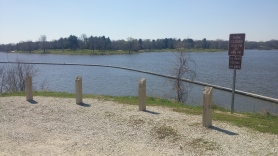 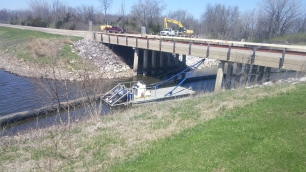 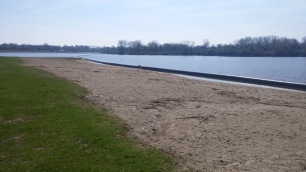 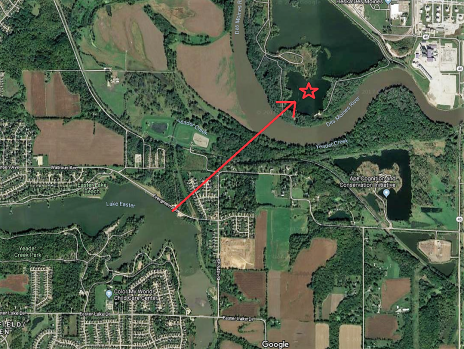 Sediment removed by hydraulic dredging was moved to the area with the red star.

To learn more about lake renovations and improvements click the links below: